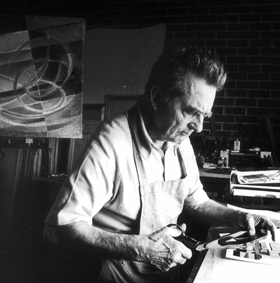 Follow Artist Follow this artist to get email updates when new items arrive, articles are posted about the artist, or reference material is added.

Werner Drewes (German and American, 1899–1985) was a painter, printmaker and educator and is considered to be one of the founding fathers of American Abstraction. 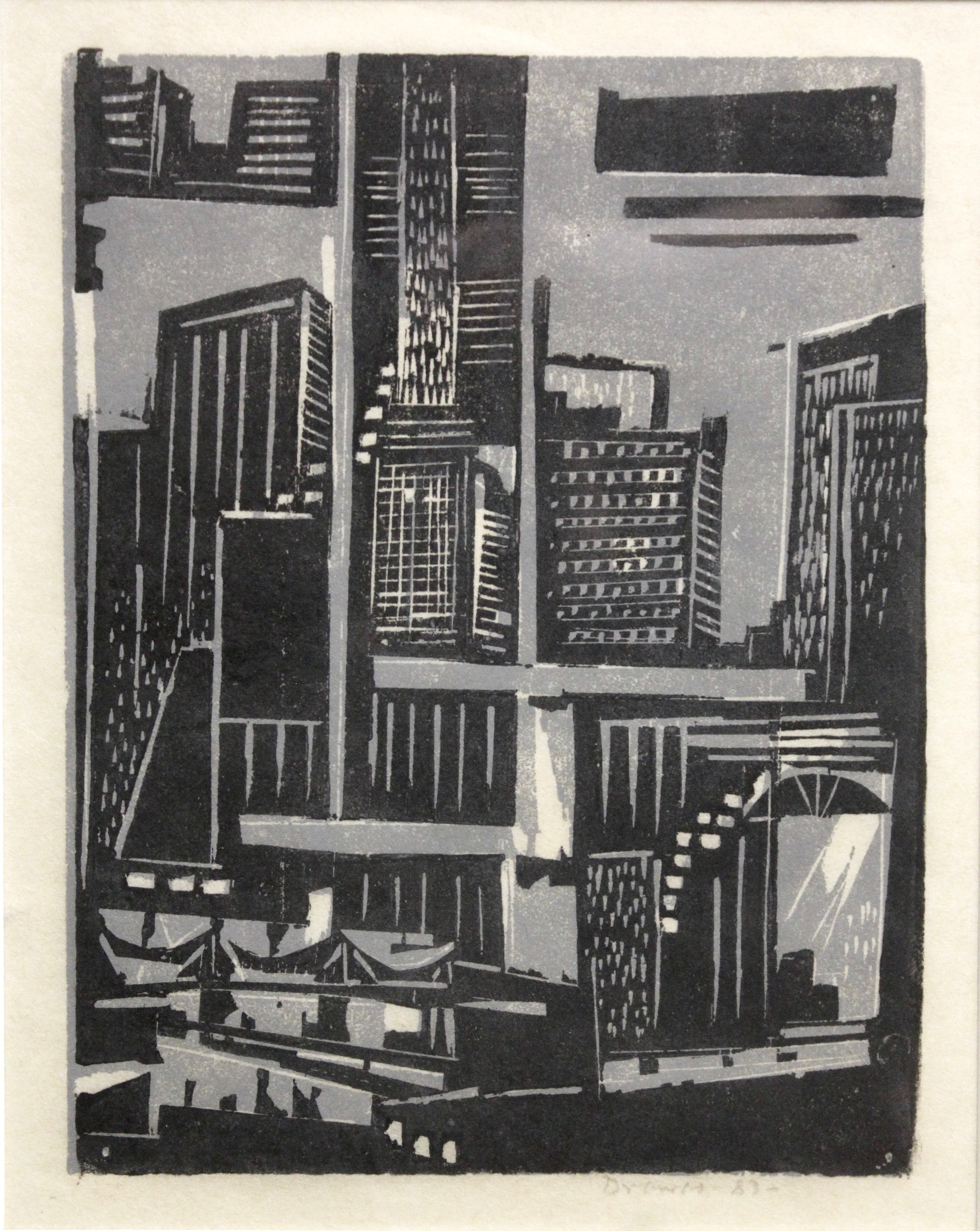 New York by Werner Drewes (American, 1899 - 1985). An abstract view of the City of New York (Manhattan) executed by the renowned Bauhaus master and one of the founders of the American Abstract school, Werner Drewes. A fantastic geometic interpretation of one of the worlds greatest cities. Signed and dated in pencil by the artist. Dated 1983.

Forest by Werner Drewes (American, 1899 - 1985). A beautiful abstract depiction of a forest be renowned Bauhaus artist Werner Drewes. Woodcut in five colors. Printed in 1959. Signed by the artist. Limited edition. Drewes was one of the founders of the American Abstract school.

Werner Drewes was born in Canig, Germany on July 27, 1899. While studying architecture and design at a school in Berlin-Charlottenburg in 1919, he visited Herwath Walden’s Gallery in Berlin and it was there that he had a pivotal exposure to paintings by Franz Marc, Wassily Kandinsky, and Paul Klee. He enrolled at the Stuttgart School of Architecture in 1920 and at the School of Arts and Crafts in 1921, where he took courses in architecture, figure drawing, and stained glass. In 1921 Drewes enrolled at the Staatliches Bauhaus in Weimar, where he studied with Johannes Itten, Paul Klee, and Oskar Schlemmer.

From 1923 to 1924 Drewes travelled in Italy and Spain to study the masters—Veronese, Tintoretto, Velazquez, and El Greco—and from there he went to Latin America. He earned a living by selling etchings, with many of them being inspired by depictions of the sights during his travels. Drewes returned to Germany in 1927 and enrolled at the Staatliche Bauhaus in Dessau for two years. He continued his studies with Klee and Schlemmer, and attended painting classes with Wassily Kandinsky. He worked as an independent artist and exhibited at galleries in Frankfurt.

In 1930, Drewes emigrated from Germany to New York City, at the time an increasingly important center of Modern art and meeting point for rising and established artists. Drewes was one of the founding members of the American Abstract Artists Group, formed in 1936. His series of wholly abstract woodcut prints titled It Can’t Happen Here (1934) “are among the earliest, if not the first purely abstract prints” created in the United States, according to art historian and curator Una Johnson. Drewes exhibited with The Societé Anonyme (founded by Katherine Dreier, Man Ray and Marcel Duchamp) and produced woodcuts, blockprints, intaglio prints, and paintings. He also taught at the Brooklyn Museum and at Columbia University.

​In 1946, Drewes joined the faculty of the School of Fine Arts at Washington University in St. Louis, Missouri. In addition to being an instructor of design, he continued to exhibit art regionally and internationally and he travelled frequently to Europe. After almost two decades of teaching, Drewes retired from his position at the university in 1965 and he moved to Point Pleasant, Pennsylvania and continued to exhibit work. In 1972, Drewes settled in Reston, Virginia, where he would live for the remainder of his life. On the occasion of the artist’s 85th birthday, the Smithsonian American Art Museum organized a major retrospective in 1984 titled Werner Drewes, Sixty-Five Years of Printmaking. The exhibition recognized Drewe’s contributions to the foundation of an American abstract art movements and connected more than six decades of his varied but continuous printmaking practice.

From Bauhaus to Your House: Fritz Levedag & Werner Drewes

What Boston Owes To The Bauhaus, As The Experimental School Turns 100 - WBUR